You are here Home » Kanchenjunga Region

Kanchenjunga Region lies in the Eastern part of Nepal. People know it as having greater diversity in many factors.

Some ethnic groups in this region include the Rai, Limbu, and Magar communities. They are rich in old traditional culture and rituals. Hence, Kanchenjunga may be the best choice for researchers studying socio-culture and community development of different ethnicities.

Not only is the region rich in socio-culture, but the region is also equally rich in fertile land. Also another highlight of this region is flora and fauna. So, you will see different colourful flowers during the spring season, whereas there will be the possibility of seeing different wild animals. Furthermore, it offers the most breathtaking mountain vistas in the Himalayas. That’s why the region is becoming more popular as a tourist destination.

By following the soaring river of the Tamur and Ghunsa Rivers to their source on the North West side of the Kanchenjunga Himal, you will enter a lesser-known world where the landscapes are rugged. But it is simply beautiful and breathtakingly awesome.

This region has a two-week standard programme with a visit to both Kanchenjunga Base Camp. Generally, the trekkers visit the North base camp, Pangpema Base camp, and then to South Base Camp, called Oktang Base Camp. While visiting both base camps, you must cross many high passes, such as Mirgin La Pass, which is 4500m.

This trek undoubtedly offers enchanting views of the Himalayan ranges, including Pyramid Peak, Jannu, Twins Peak and, of course, Mt. Kanchenjunga, which is 8586m.

Nepal Hiking ensures that all trekkers, who participate in this trek, will get enough time to acclimate to reach the north and south base camp and cross the passes as conveniently and enjoyable as possible. 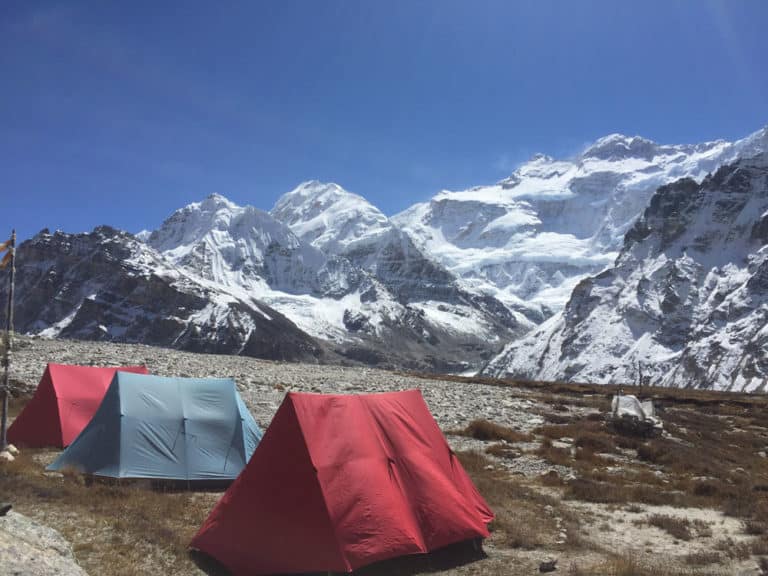