Nepal is one of the best collections of wildlife on this planet. So, it’s getting its popularity in jungle safari activities in Nepal. Because it’s where visitors get a chance to see a fascinating Lophophorus to an elusive Royal Bengali Tiger; also, the visitors can capture the most endangered one-horned Rhino and snow Leopard from the Tarai range to the mountain.

Nepal is the home of different cultures and Biodiversity. It has the largest collection of birds, butterflies, ethnicities, and languages. And surprisingly, there is a huge variation in geographical elevation: it has the lowest elevation of 70 metres and the highest elevation of 8,848 metres.

Likewise, the country has a wide variety of endangered species of flora and fauna than any other country in Asia. In addition, there are 10 national parks, 3 wildlife reserves, one hunting reserve and 6 conservation areas. Similarly, it has 11 buffer zones protecting an area of 34,186.62 sq. km, 23.23 per cent of the country’s total area. Finally, and most excitingly, it is the birthplace of Lord Buddha.

No trip to Nepal is complete without a visit to one of the national parks. In addition, Nepal is well known for the magnificent Himalayan peaks in the country and the tropical forests of the Tarai region in the south. They are equally fascinating and deserving of a visit.

Ideally, anyone taking a trip to Nepal should try to experience these two extremes. As described above, the Tarai has some of the best-preserved wildlife habitats in the subcontinent. In the north, the mountains rise majestically to their high snow-capped peaks, silently affirming their greatness. By travelling between the two, going on a jungle safari and a trek into the mountains, you will get a fully rounded picture of Nepal in all its splendour.

However, Chitwan National Park is Nepal’s richest habitat, which includes areas of elephant grass interspersed with hardwood forests. Many species in the forest’s heart are in their natural habitat, including rhinoceros, tigers, crocodiles, leopards, red pandas, gharial, musk and axis deer. Moreover, there you can see several species of monkeys, peacocks and hundreds of other birds and butterflies.

Importantly, some rare and endangered species in Nepal’s national parks include the gaur, pangolin, sloth bear and the elusive snow leopard, which inhabits the higher altitudes of the Himalayas. The Arun Valley in the Makalu-Barun National Park and Conservation Area is one of the most diverse habitats in Nepal. It is home to over 650 bird species and over 800 butterflies. It is the largest population of birds and butterflies in the world. 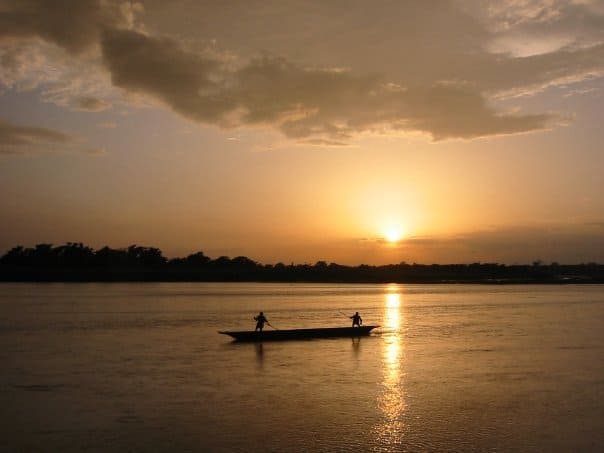 You are here Home » Nepal Jungle Safari Estimated reading time: 1 minute Chitwan Jungle Safari, the colourful Tharu culture and their way of living Chitwan lies in the southern part of Nepal as a lowland. It is a major tourist destination for various tourist activities, easily accessible by land or flight. Chitwan rewards you […]
From$190
0
View Details
0Shares